Carrying the weight of the family on his shoulders, retrenched father of 2 trudges on strongly 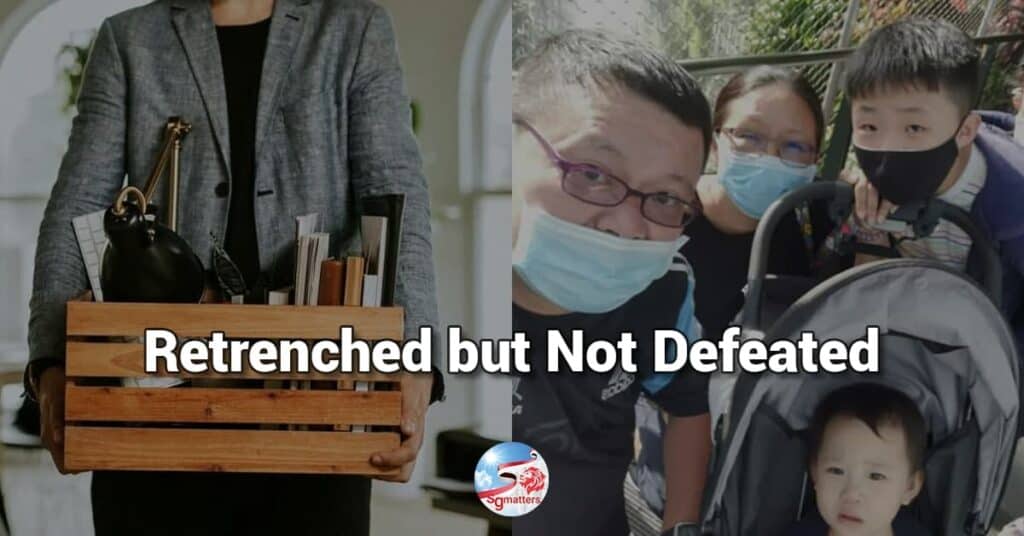 Every Singaporean family has its own unique set of challenges when Covid-19 hit us earlier this year.

While many have it easier, the pandemic has been merciless for some struggling families. 48-year-old Wong Wai Hong shares with us how COVID-19 has impacted his life, and beyond.

Wai Hong is married with two schooling children aged 17 and 11 respectively, and a granddaughter currently aged two. His wife works in a multinational corporation (MNC) but is fortunate enough to be spared from retrenchment in the current hiring climate.

Retrenched due to COVID-19 as events business dries up

Despite having 26 years of experience in the Audio-Visual (AV) industry, Wai Hong found himself being retrenched when Suntec Singapore Convention and Exhibition Centre (Suntec Singapore) laid off nearly half of the employees in a retrenchment exercise this year.

“Everyone in the company kind of knew that mass retrenchment might be on the way. It was unavoidable since we knew that there won’t be any events taking place. There were no tourists, the DUCK & HiPPO tour were all affected too.”

Luckily enough Wai Hong found employment within the same industry the next day under a two-year contract with the help of his head of department.

But every transition to a new job has its difficulties. Wai Hong needed to pick up new skills for his new role. He opined that he was still having difficulties adapting to his new role, to be on par with his other colleagues, but he was thankful for his supportive bosses in his new company.

“It’s definitely tough to pick up a new skill and transit into a new job… my bosses are extremely supportive, which I really appreciate.”

Even for his luckier colleagues who retained their jobs, the feeling of uncertainty and fear remained deep-seated in them. Despite being retrenched, Wai Hong was in praises of his former employer, Suntec Singapore.

Retrenched but not defeated

He noted that during the retrenchment exercise, Suntec Singapore constantly reassured its employees and worked together with Building Construction and Timber Industries Employees’ Union (Batu) to bring the impact of the retrenchment on the workers’ lives to the minimum and assist them in finding other employment.

“Honestly, the retrenchment benefit really helped me a lot,” Wai Hong tells me.

As a union member under BATU, Wai Hong was entitled to receive one month’s salary for each year of service and is paid pro-rated annual wage supplement. Besides, BATU has also helped Wai Hong in the application for the NTUC Care Fund (COVID-19) and the NTUC Care Fund (e-Vouchers) Programme, which helped him defray some of his children’s school expenses, as well as for the family’s daily necessities.

Wai Hong shared that his son is dyslexic and visits the Dyslexia Association of Singapore (DAS) for specialized learning to help him mediate the learning challenges brought about by dyslexia. Even with subsidies, Wai Hong voices that the monthly costs still weigh heavily in his mind. Hence the retrenchment benefits and additional financial support were a form of consolation which he found useful to tide over the immediate period of rapid changes.

Wai Hong choked up a little as he admitted that it wasn’t always easy for him to put on a strong front as the head of the household whenever he gets home – his wife occasionally suffers from a panic attack, and he certainly does not wish to stress his wife further.

COVID-19 may have brought challenges for Wai Hong and his family, but he is optimistic and confident that he would be able to overcome them,

“I believe that there will always be a silver lining in every bad situation. In this case, I am given a chance to learn new things, which would not be possible without COVID-19.”

[irp posts=”5922″ name=”For a sustainable and ‘clean’ career, be a solar technologist”]