Be careful of hate speech online! 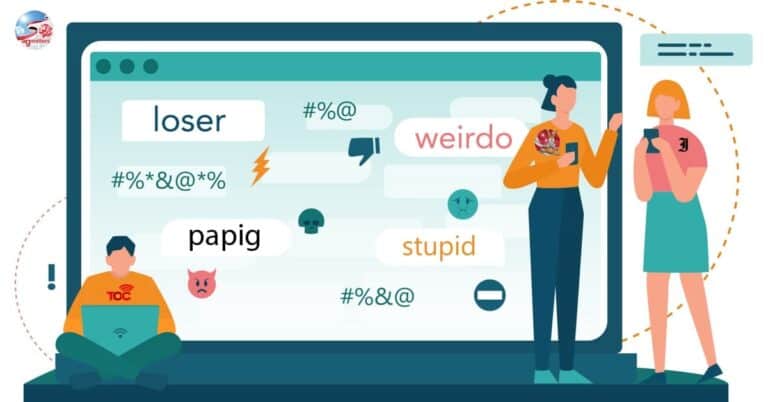 Zaobao did an online poll in 2019 to test if Singaporeans could differentiate between debate and hate speech.

When asked what they would do if they saw hate speech online, 303 said they “would not do anything”. 223 said they would report the post to the admin while 107 would rebut with a comment. Only 61 would choose to report the case to the police.

How well do you understand hate speech?

Experts say speech that “is discriminatory or incites violence against any racial, religious, nationality, gender and disabled groups” is hate speech.

S. Rajaratnam School of International Studies (RSIS) Associate Professor Kumar Ramakrishna opined that the above definition did not clearly include the term “migrants”. However, if “migrants” specifically referred to a specific country, it could also be considered hate speech.

He said, “Singapore is a multiracial society, and it is insufficient to curb hate speech through law. We need to rely on public education, to help the public understand the threats involved.”

Singapore University of Social Sciences (SUSS) Lecturer Razwana Begum also acknowledged the importance of public education. She said, education is not merely about understanding the changes that occurred in a country’s political situation or history. We need to also understand the meaning of unity, nationalism and have the ability to empathise with others.

She said, “We have lived in a safe country for a long time and not faced too many threats. Hence, most people may feel that speech against migrants is not significant. Even when they see hate speech, they may not take action against it and expect the authorities to report these cases.”

Only a small difference between freedom of speech and hate speech?

From 2015 to 2016, Amos Yee was spreading hate speech against the Christian and Muslim communities. In a video, Yee made an obscene gesture to the Quran. He also used crude hand gestures and insulting words against Christian and Muslim leaders. Yee was sentenced to four and six weeks’ jail respectively and fined $2000.

He sought asylum in the US after he came out of jail, claiming on Facebook that he will continue to support freedom of speech even if he were to be jailed.

Under the Singapore law and authority, it was clear that Yee’s speech had crossed the boundaries of free speech and veered towards hate speech instead. However, the definition of free speech differs between the US and Singapore.

Associate Professor Kumar said, “Under the US law, hate speech is seen as protected speech and may not be charged as hate speech”. He added that different countries would have different ways of differentiating between “free speech” and “hate speech”.

Lecturer Razwana said, “It is difficult to separate the difference between hate speech and free speech. Though freedom of speech is a basic human right, it should be controlled or guided to prevent it from causing harm to society.”

Even as hate speech gains traction online, more human rights groups are pushing for social media companies to take a bigger responsibility to curb its spread.

What causes people like Yee to seed hate online?

Lecturer Razwana explained, “Some individuals consumed with revenge will lose their rationality and self-control, causing them to seek instant gratification through violent means.”

She added that the online world blurs the line of self-control in the real world.

“In the real world, people have no choice but to put on a ‘mask’ and tolerate the groups they hate. However, when online, they are able to hide their real identities and express their discrimination and hate. The anonymity online offers these people who agree with one another a platform to gather and spread their ideology.”

Recently, a nasty case of hate comments surfaced online from the alternative media, The Online Citizen (TOC). TOC had published an article about the passing of NTUC LearningHub CEO Kwek Kok Kwong. Such sad news will typically garner sympathy and condolences, especially since Mr Kwek’s passing was abrupt.

However, netizens spewed hate comments and called him a “PAP dog” and “paper general”. Some mocked him for passing away young and “before he could spend his money”.  This is an ugly reflection of society and the online world today. It will be detrimental if Singaporeans believe that they can spread hate online casually and continue down this slippery slope. Even as social media has opened up many opportunities for us to share differing viewpoints, the boundaries of free speech should not be abandoned, leading to the spread of senseless hate online.

May 13, 2022
PrevPreviousMean netizens’ senseless hate at the passing of NTUC LearningHub CEO Kwek Kok Kwong
NextIs it sufficient for the draft Last Will to be merely broadly similar to the First Will?Next
On Key