Skip to content
Home » 4G Leadership: why you can have assurance with Koh Poh Koon
Politics

4G Leadership: why you can have assurance with Koh Poh Koon

“Our healthcare workforce is the lifeblood of our healthcare system, and the work that they do is critical in protecting the health and safety of our society. We must maintain the salary competitiveness of healthcare staff against the overall market to attract and retain quality talent.”

The son of a bus driver and a housewife, he grew up in a farmhouse at Lorong Cheng Lim. The eldest of 5 children, he spent his early years playing in rubber plantations, pigsties and chicken coops before the family moved to a Toa Payoh four-room flat. Dr Koh is married with 2 daughters. His wife is also a doctor. You can count on him

While on a campaign trail in 2015, Dr Koh sprang into action and performed CPR on an elderly man who had collapsed at a food centre in Ang Mo Kio. Apparently, the man had a heart attack.

Prior to taking up political office, Dr Koh spent 14 years in SGH’s colorectal surgery department before setting up his own private practice at Mount Elizabeth Medical Centre. He was also once upon a time, part-time consultant at Changi General Hospital, adjunct assistant professor at Duke-NUS Graduate Medical School, and clinical lecturer at NUS’ Yong Loo Lin School of Medicine. You can say that he gave up millions of dollars in potential earnings when he gave up his private practice to take up political office.

Are you really a doctor?

Last year, youths in Tampines where Dr Koh is an MP in the GRC, asked him if he was really a doctor. The good doctor provided proof with this:

He has a good reputation among colleagues and patients. 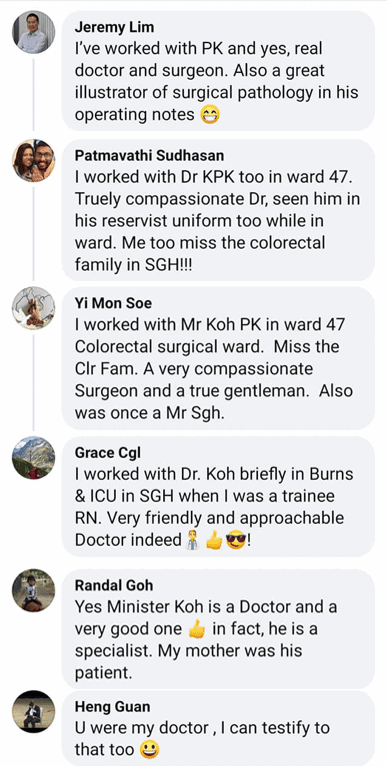 He brings with him the same characteristics he exhibits as a doctor, to political office.

“The PAP was born from the Unions in the 1950s. Taking care of our workers has been a critical part of our DNA as a party. We have achieved what few have done in six decades, but the task is never finished. It is something that we must, and will, keep working on.”

He said, “We are not ideologically against a minimum wage (MV). In fact, the first rung of the wage ladder in the Progressive Wage Model is a form of sectoral minimum wage.  We share the same objective to uplift the incomes of low wage workers (LWWs).  Where we differ is the approach to getting there.

We all want to help LWWs to earn more. But in practice, it is difficult to arbitrarily prescribe a single higher salary for all sectors and all industries. There must be a basis for setting the MW that reflects the realities of each sector, including the profile of LWW in the particular sector, so that it is sustainable, benefits them, and avoids any unintended costs.” 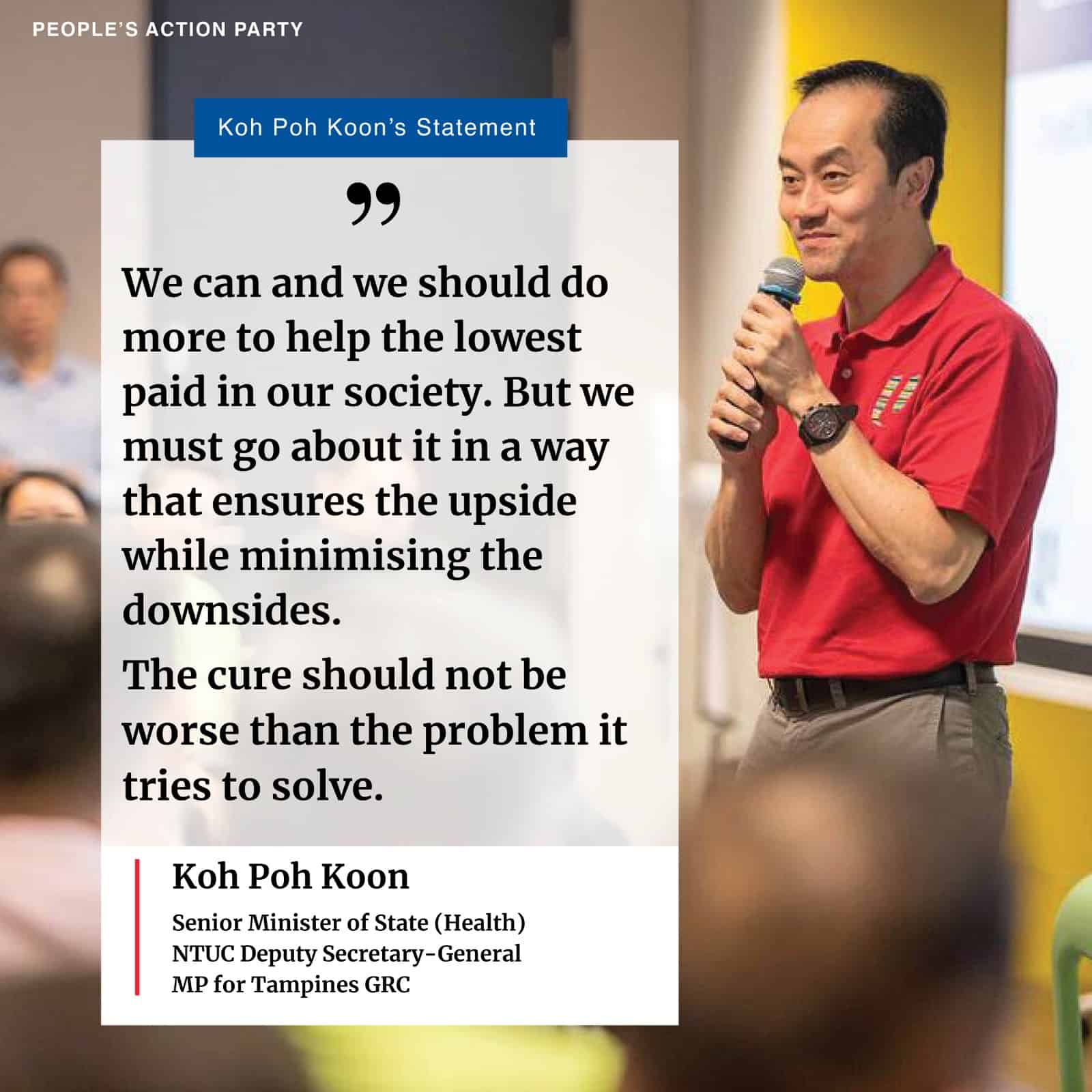 As the Senior Minister of State for Health, Dr Koh is in charge of healthcare financing policies and plays a key role in ensuring that healthcare remains affordable and accessible for all Singaporeans, through a range of schemes like MediShield Life, CareShield Life and the Community Health Assist Scheme. Dr Koh also oversees healthcare manpower development and polices to meet the increasing healthcare needs of our ageing population.

He is also part of the team that drives the Ministry’s War on Diabetes to engender a whole-of-society effort against diabetes in the key areas of prevention, screening and follow-up, and disease management. As a healthcare practitioner himself, Dr Koh is also well-placed to engage the medical fraternity and various professional bodies to drive collaborations across the sector, including the Traditional and Complementary Medicine sectors.

When a stray cat became a PR in his home 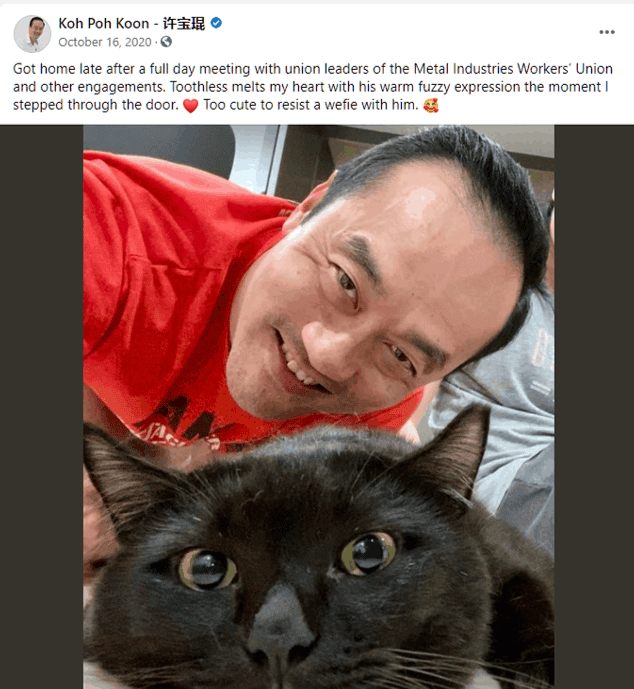