Skip to content
Home » 4G Leadership: why you can be confident with Desmond Lee who walks the talk
Politics

4G Leadership: why you can be confident with Desmond Lee who walks the talk

“There are many causes of income inequality. Because there are multiple causes, our solutions must be multi-faceted. We must tackle inequality practically, rather than ideologically.”

Mr Desmond Lee, Minister for National Development and Minister-in-Charge of Social Services Integration, is one of the 4G leadership’s youngest members.

He was elected to the Jurong GRC as a Member of Parliament in 2011, and in 2017 he was appointed Minister in the Prime Minister’s Office, Minister for Social and Family Development, and Second Minister for National Development. He relocated to West Coast GRC in preparation for the 2020 general election.

He walks at night looking for homeless people

One of his traits is to go down to the ground to solicit views and gain support across the board, said those who have interacted with him.

He is also known to walk the ground, such as going with his staff and NGO volunteers to look for homeless Singaporeans at night and to help find them shelter.

His definition of ‘homeless’

“Sleeping in the void deck, sleeping at the staircase landing of a commercial building, that’s homeless… If you’ve got a home but you cannot go home for whatever reason, you’re homeless.

Rough sleeping is the act of sleeping out in the rough but homeless is a state of mind, of body or of circumstance, where you cannot go back home.”

On tackling social inequality, he says: “If your solution is a one-liner, is a slogan, whether it is more to the left or to the right, it is just a slogan. Solving problems is very, very much an exercise of pragmatism and understanding.”

Everyone has different needs and pace. “I do not insist when I meet a person, I must house him immediately. If he’s not ready, he doesn’t trust you, he’s not ready to be sheltered, don’t force the issue,” he said.

His key goal when he took over MSF was to make sure that social safety nets are strengthened. To this end, he set out to create an ecosystem of help.

A family with complicated needs typically requires help from different agencies from the public and private sectors, such as MSF, Housing Board, Central Provident Fund Board, Ministry of Education and religious and charity groups, Desmond said.

Thus, for help to be effective, organisations can’t work in silos. The ecosystem comprises individuals from different agencies, ministries and organisations comfortable working with each other.

The key, Desmond said, is to build trust and relationships.

“Whatever system you put in place, if people don’t know each other, we don’t see each other as colleagues having the same mission, then it’s easy to operate within your own silo.”

What Singapore is aiming for is a system that is highly integrated and coordinated.

“They are then linked up as one ecosystem through data sharing with the smart use of data, 360-degree understanding of the family’s needs, and one organisation that kind of takes responsibility for seeing everything as a whole.”

“But with each one of these organisations, the key ingredient is a relationship of trust, a culture of collaboration. They must want to work together.”

He is well respected among the nature community where he is also very actively involved. 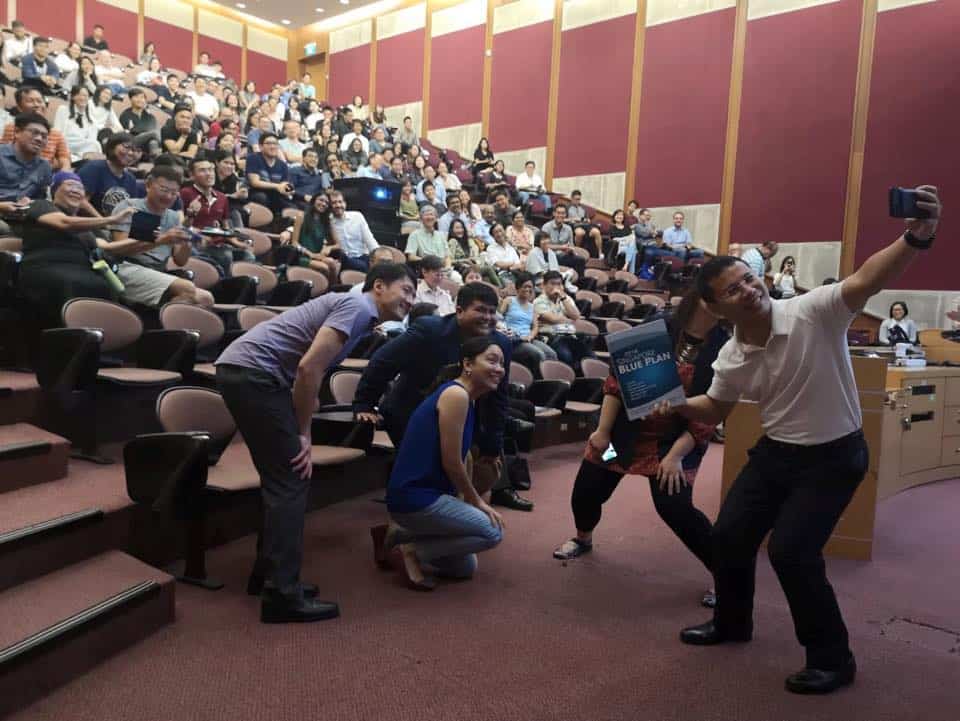 Desmond Lee co-chairs the Singapore Together movement, which encourages citizens to collaborate with the government, as well as the Emerging Stronger task force, which is charting the Republic’s post-pandemic economic recovery

“The Singapore Together Movement would create opportunities for people with diverse viewpoints and interests to converse with each other and with the government. If the Government implements ideas together with people, the ownership quotient is even greater.” 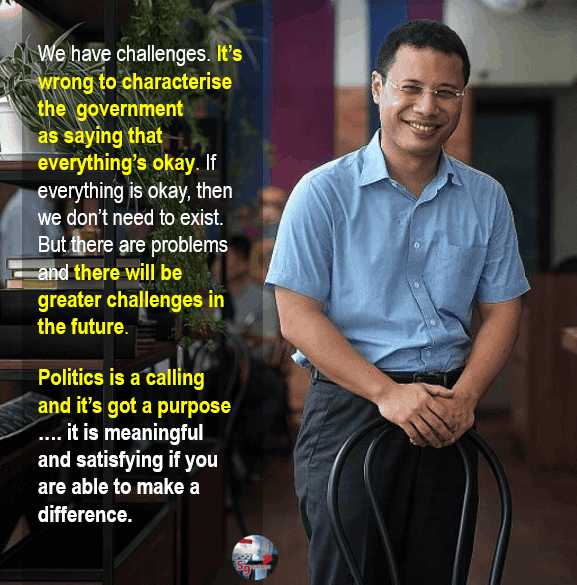