“…every Singaporean of whatever age is important. We are a unique people and we are a special country. Never forget that!”

Ms Indranee Rajah has served as the Member of Parliament for the Tanjong Pagar Group Representation Constituency (GRC) since 2001. She is the fourth woman in Singapore’s history to be appointed as a full Minister, following Lim Hwee Hua, Grace Fu, and Josephine Teo.

She graduated from law school with honours in 1987. In 2001, she became a partner at Drew & Napier LLC. She was appointed Senior Counsel in 2003.

In 2012, she gave up her practice at Drew & Napier to become Senior Minister of State for Law and Education. Currently, she is the Minister in the Prime Minister’s Office. She is also Second Minister for Finance and Second Minister for National Development. Like a number of her colleagues in Cabinet, she gave up millions in potential earning to take up political office, drawing one salary for holding more than one portfolio.

Celebrated her birthday with COVID-19 vaccination

Born on 12 April 1963, Indranee celebrated her 58th birthday recently and decided to make it memorable by having her COVID-19 vaccination on the same day.

Indranee speaks Cantonese fluently. Her mother is an ethnic Chinese.

Indranee also co-chaired the Penal Code Review Committee whose recommendations led to major amendments to the Penal Code, including greater protections of women and the vulnerable.

In her first tour of the Education Ministry as Senior Minister of State from 2012 – 2015, Indranee led the Applied Study in Polytechnics and ITE Review (ASPIRE) Committee. It resulted in SkillsFuture, a national movement to align education with economic demand, career guidance and lifelong learning.

In her second tour of the Education Ministry, she chaired UPLIFT (Uplifting Pupils in Life and Inspiring Families Taskforce), an inter-agency team to strengthen support for students from disadvantaged families.

Without intervention, the inequality gap will widen.

“We want Singapore to always be a place where people can progress. Not everybody will be exactly the same, but we want to make sure the gap is as small as possible.

It’s our firm belief that the earlier you intervene, the better. If you can get the foundations right, if you can get the support right, then there’s a much better chance they’ll be able to progress better and faster.”

She reminded that meritocracy was adopted as an antidote to corruption and nepotism.

As Second Minister for Education, she outlined how the fourth generation of Singapore’s political leaders plan to approach the issue of inequality and social mobility.

The approach is to improve access to opportunities among the less advantaged, bridge the shortfalls and narrow the gaps so that all can rise together.

In tandem with this, there will be “multiple pathways for achievement, success and careers to ensure continuing social mobility.

“Some may progress faster, others may take longer; some may take familiar routes, others the path less travelled, but ultimately all can have good outcomes — not necessarily the same outcomes — with effort on their part and, where needed, with support from government and others,” she said.

Read also  Myths about Meritocracy in Singapore. A response to Chua Mui Hoong's article on meritocracy 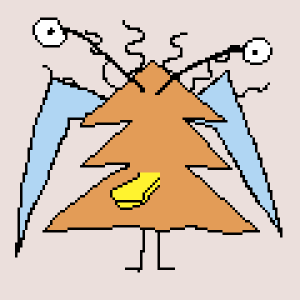 October 1, 2022
PrevPrevious4G Leadership: why you can have assurance with Koh Poh Koon
NextMajor Cabinet reshuffle: 7 ministries with new ministersNext
On Key

Rather than trying to outperform others, the focus for a student should be to do his best to surpass himself, Education Minister Chan Chun Sing