The first countries to pass minimum wage laws were Australia in 1907 and the United States Congress in 1938.  Fast forward to 2021, poverty remains a significant problem in these countries. Yet, we still have politicians pushing for something that does not work.

Minimum Wage and its potential trade-offs in Singapore

When we look at introducing a binding national minimum wage, the first effect that comes to mind is an increased labour cost across all industries and sectors. When this happens, businesses that are unable to keep up with the costs will resort to retrenching some workers.

These retrenched workers either wind up unemployed or are forced to work odd jobs where they will earn lower wages. It is therefore not a coincidence that in countries with a legislated minimum wage, the minimum wage often co-exists with unemployment benefits schemes. This is because inevitably, the minimum wage will lead to loss of employment.

The effect of workers made redundant because of the minimum wage is to further widen the national wage gap. This follows from the loss of employment or reduced income when one has to settle for odd jobs. Thus, contrary to expectation, income inequality is not narrowed by a national minimum wage. It is further exacerbated by the minimum wage.

The impact of a national minimum wage will be felt most by small and medium-sized enterprises. Being small, they have the least ability to absorb higher costs. Many may not be able to sustain the viability of their business should they keep all their employees.

Work ethic has been the bedrock of Singapore’s economic success and remains fundamental. This is why instead of unemployment benefits, there is the Workfare Income Supplement Scheme. The scheme supplements the income of those with small salaries. It thus encourages a low wage worker to actively look for work. In short, it rewards work.

Imagine the consequences if unemployment benefits are introduced in Singapore. Worse, if the benefits are generous enough to help people get by, some may choose not to work or delay actively look for a job until they run out of benefits. This will lead to an erosion in work ethic. Then there is the question of funding. Are Singaporeans willing to pay higher taxes to fund unemployment benefits?

The best form of welfare is employment

But unemployment in Singapore is low and remains low even in this pandemic. The government intends to keep it low by investing in workers through skill-training and upgrading to ensure that workers remain relevant and employable. This is good for workers as the best form of welfare is employment. This is why the Workfare Income Supplement scheme (which encourages work) is complemented by the Workfare Skills Support scheme which encourages workers to go for training to improve their skills. The training courses are highly subsidised.

How about our Foreign Workers?

Foreign workers are hired for many of the low paying jobs in Singapore that Singaporeans do not want to take on. If a minimum wage is introduced, would it also apply to permanent residents and foreigners?

The concept of a minimum wage is not ideal for motivation or raising productivity among workers. It does not reward those who upgrade their skills and does nothing for social mobility. Social mobility requires the empowerment of the worker. A minimum wage does not do that.

It is a lazy policy. It addresses the symptoms of inequality without going to the root causes of poverty and income inequality.

Move aside the national minimum wage. The Labour Movement has made huge progress in increasing the productivity of the workforce and helped improve the welfare of low-wage workers through various schemes, like the Job Redesign programme targeted at older workers so smarter jobs can be catered for them.

The tripartite efforts have resulted in many opportunities for workers to up-skill and access training workshops to broaden their skill sets which can help in their job search and overall social mobility.

A huge game-changer has been the Progressive Wage Model (PWM) scheme. Also known as Minimum Wage Plus, it has a minimum wage feature incorporated into it Plus steps of progression for workers to upgrade themselves to earn more than the minimum wage. What makes the minimum wage in the PWM different from a national minimum wage is that it is not an arbitrary wage. It is specific to a sector and carefully negotiated with all stakeholders – unions and industry leaders – to ensure that it is a sustainable minimum wage. Hence, its implementation does not result in loss of employment and this is very important to our low wage workers, many of whom are senior in age.

It has been rolled out to the cleaning, security, landscape and lift and escalator sectors. Workers in these sectors can look forward to meaningful career progressions. Next to come on board will be the waste management sector and there are plans to extend the model to the F&B sector too.

With a willingness to expand one’s skills and knowledge through training schemes and job redesign programmes, workers can look forward to a wage increase with each progression, and employers can expect a higher productivity rate with their staff who are now able to work more effectively and efficiently.

Singapore’s Labour Movement has been praised by the ILO for the many effective schemes and programmes introduced to support the workforce. By looking at the positive effects that our current policies like PWM have on workers, we can rest assured knowing we are on the right track. 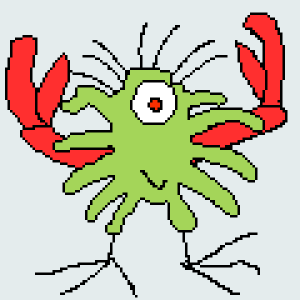 October 1, 2022
PrevPreviousProtect the Singaporean Core: There is much value in our Singaporean workers.
NextThis is about lives, not theoretical musings: DPM Heng to Jamus LimNext
On Key