Kirsten Han just happened to be at the protest? Don’t be fooled!

Kirsten Han just happened to be there when the protest took place outside MOE? Don’t be fooled.

Parents should be wary of people like Kirsten Han. She is smart to keep herself safe and free, video recording the protest and providing a commentary while the students get arrested. Of course, she knew the students would be arrested. And that’s the whole purpose, isn’t it, to be arrested?

Watch your children, parents. Don’t let their future by ruined by activists with ulterior motives. Look at what happened to the youths in Hong Kong when the protests failed. Did those who promise them protection keep their promise? No. You are nothing to them once your usefulness is gone.

There are ways to push a cause. Just not this way. The arrests have nothing to do with the cause. Public protests and demonstrations are against the law, no matter what the cause is.

Who is Kirsten Han?

She needs no introduction. She relishes every opportunity to write to the foreign press to tarnish Singapore’s reputation to the international community.

At the height of the coronavirus surge in our migrant workers’ dormitories, she wrote article after article in the foreign press to paint a distorted view of Singapore’s response to the COVID-19 outbreak among migrant workers, and Singaporeans’ treatment of migrant workers.

She wants Singapore youths to be like youths in Hong Kong

She welcomes foreign interference and tells Singaporeans to push back against the Government for saying that foreigners should not intervene in domestic politics. She went with fellow activist, Thum Ping Tjin to Malaysia to ask Dr Mahathir to bring democracy to Singapore.

To her, Singapore is a ‘failed democracy’ because we don’t have 500,000 protestors in the streets

Back when Amos was only 16, the freedom fighters were all egging him on and encouraging him. When Amos was convicted by the state court for his rants against religion, Kirsten wrote in her blog that Amos’ conviction left not just Amos traumatised and frightened. Presumably, it left many Singaporeans traumatised as well.

“Since Amos’ arrests we’ve perpetuated the idea that saying the wrong thing will get you in serious trouble in Singapore. That there is a reason to fear. That one should keep one’s mouth shut. That if the state won’t police you, there are always your fellow citizens who are up to the task. Perhaps it is not only Amos who emerged traumatised and frightened today.”
– Kirsten Han –

Read also  4G Leadership: why you can be excited about Lawrence Wong

Amos Yee is no longer useful to them.

Let’s not forget who she works for and what she is fighting for. She will not hesitate to make use of youths for her own cause fighting for ‘freedom, rights and democracy’. 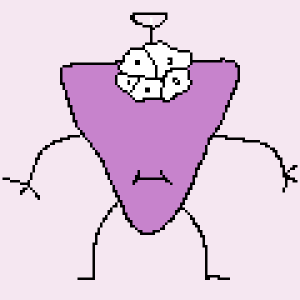 October 1, 2022
PrevPreviousThere’s nothing political in the work done by PA. So stop politicising it!
NextPritam’s response to the TraceTogether saga is ‘politicking par excellence’Next
On Key

The new variant of concern (VOC) named Omicron is likely to be more widespread than just South Africa, said Ms Ho Ching in a Facebook

Unvaccinated to pay for treatment. Median bill for hospital stay including ICU is around $25,000 before subsidies.

If you are infected with Covid-19 and end up in the intensive care unit (ICU), you could be looking at a bill of around $25,000