Nine new Nominated Members of Parliament (NMPs) will be appointed by President Halimah Yacob for a two-and-a-half-year term which starts on Jan 21.

But wait, what is an NMP? And why do we need them in the Parliament?

An NMP is not affiliated to any political party and they do not represent any constituency. Unlike elected Members of Parliament (MPs) and non-constituency MPs who gain their seats through elections, NMPs are nominated into Parliament and appointed by the President to provide alternative nonpartisan views. Former NMPs such as Ms Janice Koh, Ms Faizah Jamal and Mr Laurence Lien have in the past voiced their views on arts, environmental and social issues. Do you also remember the Maintenance of Parents Bill introduced by Prof Walter Woon back in 1994?

NMPs also ensure a greater diversity of voices in the House, and represent the varied interests of Singaporeans on other issues that might not otherwise get as much prominence.

Here are the names of the 9 new NMPs and the issues they plan to raise in Parliament.

On Nov 20, the labour union announced Mr Abdul Samad Abdul Wahab, the vice president of NTUC, as its nomination.

The veteran unionist and general secretary of the Union of Power and Gas Employees (UPAGE) said that if he were to be appointed as NMP, he hopes to push for a stronger Singaporean core, the expansion of the Progressive Wage Model and a greater appreciation for older workers.

“With the pandemic affecting lives and livelihoods, I would also focus on providing much needed help for our workers especially the middle-income sandwiched group, be it in areas of employment, training or coping with the cost of living,” he said.

In a Facebook post, Labour Chief Ng Chee Meng noted that Mr Samad is a “caring and dedicated union leader to his fellow workers” and that he is confident that Mr Samad will be an “invaluable voice” representing the Labour Movement in the Parliament.

Ms Janet Ang believes her experiences with companies such as IBM, Singapore Press Holdings – where she is a director – and SISTIC will help her contribute to the diversity of views as Parliament discusses the challenges facing businesses hit hard by the pandemic.

Ms Ang, who is also deputy chair of the Singapore Business Federation Foundation and Singapore’s Non-Resident Ambassador to the Vatican, said: “It’s all about people. Businesses are also made up of people, our whole ecosystem is made up of people. I hope to speak for the people.”

The former Olympic swimmer and SEA Games medallist believes that sports can help foster a resilient society and impart important values to the young.

With hopes to make sports more accessible, Mr Chay said, “Sports has an important part to play in Singapore’s recovery and enabling a resilient society, so I feel it’s important to have a voice for sports and I’m happy that the committee also recognised that”.

The former city planner at the Urban Redevelopment Authority and current first vice-president of the Real Estate Developers’ Association of Singapore hopes to foster greater collaboration between the public and private sectors in formulating policies.

He said, “There is a lot of work and ingenuity that society needs to pull together to make Singapore stronger”.

The dean of SMU’s School of Economics said he has always been fascinated with how Singapore managed to catch up with the US’ standard of living. “Now, as a mature economy, there is a need to understand anew how to tackle new challenges and find new opportunities to deliver good jobs and good pay for our citizens,” he said.

He plans to speak about designing policy to achieve economic inclusion, which he believes is important to social cohesion and a political equilibrium.

“I hope to help clarify the trade-offs and opportunities in many of these issues, in relation to the many priorities of Singapore,” he said.

The Security Association Singapore president hopes to contribute to discussions on lower-wage workers, how to ensure they get a fair share of the pie, and how to redesign and raise the profile and reputation of their jobs.

The lawyer, who volunteers under the Criminal Legal Aid Scheme, also wants to speak about the importance of maintaining faith in the criminal justice system, including access to legal representation.

The vice-president of Mendaki Club and member of the 16th National Youth Council hopes to champion the voices of young people. The issues she plans to raise are inclusivity, diversity, and addressing sensitive issues like race openly, amongst others.

She said, “I also hope I can provide a different kind of voice and alternative opinions in Parliament”.

The first woman to be president of the Singapore Medical Association said it is not unusual for medical diagnoses to be challenged vigorously at times, and doctors see this as part of the process that is in the interest of patients. In the same way, she hopes that differing and even dissenting views will be welcome in Parliament.

She hopes to speak about mental wellness and the challenges faced by single adults, single parents, and other less-represented groups. 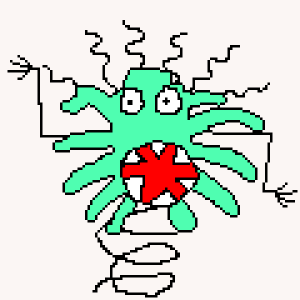 October 1, 2022
PrevPreviousVivian clarifies on TraceTogether data for criminal investigation
NextIf not meritocracy, then what, Mr Gerald Giam?Next
On Key